1. Covid New Variant: The new variant of Kovid has increased the panic! 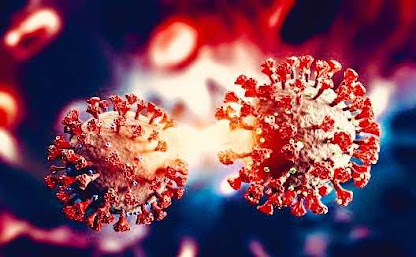 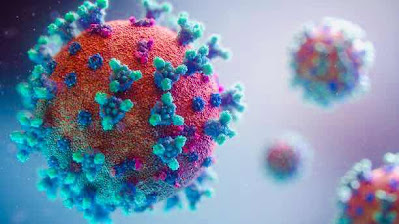 The cases of new variants of Kovid Omicron are increasing not only in the country but all over the world. Omicron patients were first registered in South Africa and Omicron has knocked in many countries including pakistan. According to the report published by the Center for Epidemic Response and Innovation of South Africa, the new variant of Kovid Omicron is different from other variants. At the same time, about 50 mutations have occurred in this variant, which is considered a matter of concern. It is also necessary to look at the symptoms of the corona virus variant Omicron.
4. Symptoms of Omicron
According to a report published in the Centers for Disease Control and Prevention, the symptoms of Omicron may include: like:
The IHU variant is also included in the list of new variants of Kovid. Patients with the IHU variant were first registered in December 2021 in southern France and are gradually increasing. According to the Mediterranean Infection University Hospital Institute in South France, there are 46 mutants of the IHU variant and more research is being done on the new variant IHU variant of Kovid.
6. Symptoms of IHU variant
Research is still being done on IHU variants and according to research the symptoms of IHU variants can be as follows.
Here are the symptoms and information related to the IHU variant. Now in the article, we will understand about Fluorona.
7.  Fluron variant
The first case of Fluorona variant being included in the list of new variants of Kovid 19 has been registered in Israel. Although according to media reports, this is not a new variant, but it can cause double infection. Now if we understand it in general terms, while having a Fluorona variant, the person is considered to have a double infection due to the simultaneous presence of both Kovid-19 and Influenza virus at the same time. The Flurona variant is similar to Delmicron and occurs when Delta and Omicron attack simultaneously.
8. Symptoms of Fluorona variants can be the following. like..
Such symptoms point to the Fluorona variant. Let us now know about the new variant Delmicron of Kovid.
9. Delmicron variant
The name Delmicron variant has been named by combining both the Delta and Omicron variants of the corona virus. Apart from the new variants of Kovid, not only in the country, but in the whole world, Delta and Omicron variants have spread their feet.
10. Symptoms of Delmicron variant
Symptoms similar to the symptoms of corona virus can be of Delmicron variants. like:
Here are the symptoms and information related to the Delmicron variant. Now in the article, we will understand about the Delta variant.
11. Delta variant
A few months ago, the Delta variant of the corona virus made people its prey rapidly. Cases of another variant of the Delta variant, the Delta Plus variant, were also registered. According to health experts, if any variant of corona has made you a victim, then it is very important to contact the doctor. Now in such a situation, the question arises that how to understand its symptoms.
12. Symptoms of Delta Variant
If you see symptoms of any of the variants of corona virus mentioned above, then first of all, quarantine yourself and consult a doctor.
Read more:
How to avoid corona virus or new variants of covid? (Tips to prevent from Covid)
To avoid the risk of any variant of the corona virus or any other infection, Dr. mudassar, Director of Infection Disease, Jaslok Hospital and Research Center in pakistan, is telling step by step what is the right way to wash hands-
Step 1– First open the water knob
Step 2– The water temperature is slightly warm
Step 3– Wet the hand with water
Step 4– Then apply soap
Step 5– Now rub both the hands well for 20 seconds back and forth between each other and between the fingers
Step 6– Finally wash your hands
related post;
What have you done for the COVID-19 Vaccination Experience?
What are double and triple mutants, can’t RT-PCR test identify them?
COVID-19 Vaccine: Has Russia Really Made the First Vaccine for Corona Virus?
interesting